A country’s core competitiveness relies on basic scientific research, Premier Li Keqiang said during an inspection of a key laboratory at Jilin University on April 10.

Premier charts course to put northeast back on track

Major projects - including manufacturing and exporting rail equipment - and support industries remain the key way to help the slowing economy in northeastern China.

Resolution to give boost to NE China

Premier Li delivered harsh words to local officials in the northeast, indicating his resolve to drum up the heavy industrial base.

NE China to renew growth via reform and opening up

China’s northeastern provinces should speed up reform and opening up efforts to renew growth and seek sustainable development, Premier Li said on April 10.

Premier Li traveled to the northeastern rust belt to offer reassurance and drum up confidence, and visited a railway project construction site in Jilin province. 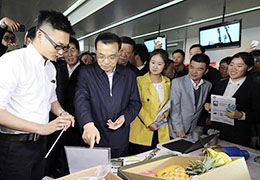 Students on campus should put their studies first 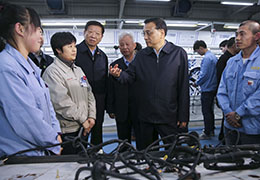 Innovation in craftsmanship to be valued 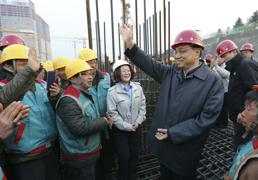 Made-in-China empowered by enterprises and workers 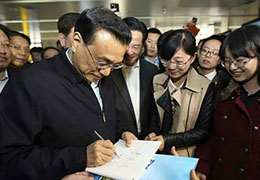 Premier encourages graduates to work at the community level

Premier Li Keqiang said that one can accumulate the most precious experience while working at the community level.

Premier Li said he hopes that the country’s two largest train makers, CNR and CSR, will work as a “combined fleet” after their merger.

Innovation in craftsmanship to be valued

Innovation not only refers to technological advance, but also the innovation of craftsmanship, which will enable the products to be more competitive, said the Premier.

Made-in-China is empowered by enterprises and their workers

The Premier said that the strength and capability of enterprises, and the determination and motivation of migrant workers, are key to China’s competitive advantage.

The Premier said it would be a good idea for companies that have a great demand for labor to cooperate with labor service companies in high unemployment areas. 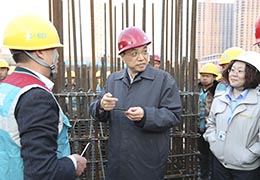 Underground facilities are invisible projects of building a city, but, only when they are made sound, can a city be truly shining, said Premier Li.