Premier Li Keqiang returned to Beijing on May 29 after visiting Brazil, Colombia, Peru and Chile.

Premier Li Keqiang took a ride on a Chinese-built subway train that will carry sports fans to the Rio Olympics next year.

China and Colombia to study FTA

China and Colombia have agreed to start a feasibility study of free trade agreement, said Premier Li on May 21.

Premier Li and Peruvian President signed deals on May 22 to cooperate on industrial production and transportation.

China was willing to use its advanced capabilities and technology to take part in a transoceanic railroad if the Peruvian government requested, said Premier Li.

Premier Li called for greater efforts in industrial capacity cooperation when he addressed diplomats in Santiago.

Premier Li Keqiang and Chilean President Michelle Bachelet addressed the media following their talks in Santiago on May 25. 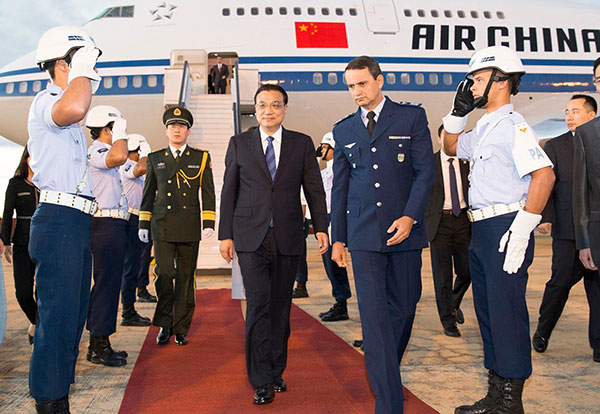 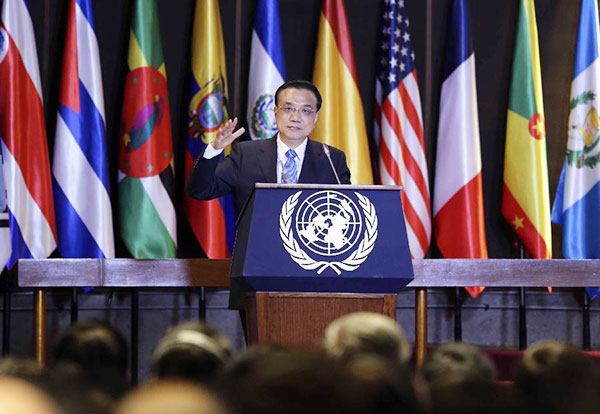 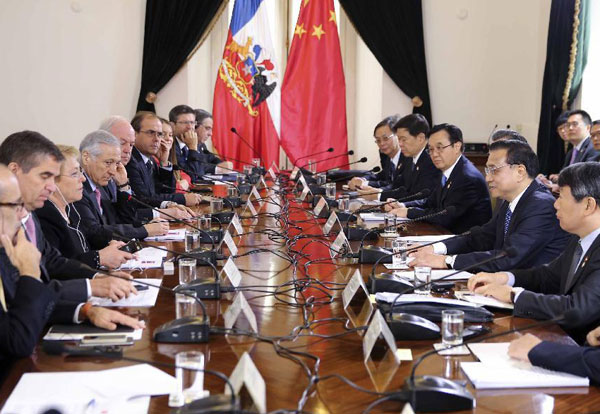 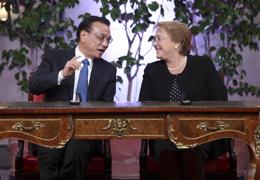 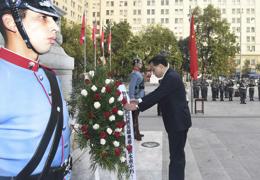 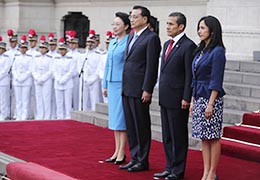 The Foreign Ministry said the Premier will make official visits to Brazil, Colombia, Peru and Chile from May 18 to 26. China’s trade with the four countries accounted for 57 percent of the total trade volume between China and Latin America in 2014.

China is willing to expand trade with Chile and upgrade the China-Chile free trade area.

Speaking at an economic forum in Santiago, Chile, on May 26

Chinese civilization shares many similarities with Peru’s Chavin and Inca cultures, including amazing creativity, even though the two nations are in different parts of the globe.