China not to devalue yuan to boost export: Premier

China will not devalue yuan to boost its export, Premier Li Keqiang said on March 15 after the close of the annual legislative session.

China’s GDP growth target for this year, which is “around 6.5 percent”, is not low, Premier Li Keqiang said.

China, US communicating on presidents’ meeting

Premier Li Keqiang said on March 15 that China and the United States are in close communication on a meeting between President Xi Jinping and his US counterpart Donald Trump.

China is committed to denuclearization of the Korean Peninsula and proposes dialogue to de-escalate the current tensions.

China’s senior population — those aged 60 and above — is expected to reach 255 million by 2020, according to a govt plan.

As the population ages, China faces the challenge of building a more sustainable pension system.

The endangered Yangtze finless porpoise has about a decade until extinction unless it is elevated to the nation’s top-class protected species list, national political advisers warned.

City-specific measures will continue to be used to help stabilize the healthy development of the housing market. Shaanxi called on to protect its heritage 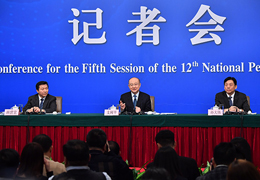 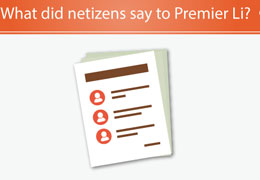 Premier Li meets with reporters from home and abroad and answer their questions at 10:30 am on March 15.

Chinese government will set up a special fund to do more research on the causes of heavy winter smog in northern China.

There should be a comprehensive national law for urban management, and guidelines to streamline the process for officials.

There should be a way to dismiss judges and prosecutors who are responsible for cases in which people were wrongly convicted or disciplined.

China’s Belt and Road initiative could “completely transform” the global economic outlook for the better.

Making sure growth and trade continue in China’s neighbors should be a key topic of discussion at the two sessions.

Premier Li’s news conference has conveyed the government’s belief that the quality of Made-in-China products has been enhanced to a key stage.

Premier Li’s news conference is a window into China’s domestic policies and positions on international issues.