PREMIER IN THE PHILIPPINES

Premier Li said China is willing to align its development strategy with the Philippines and enhance cooperation in various fields.

Premier Li said that China is willing to join regional countries in writing a new chapter in East Asia cooperation.

Given the joint efforts of China and ASEAN to expand their consensus and manage differences, Premier Li will feel greater ease at this year’s East Asia summits.

China and the ASEAN are among today’s most important partners, ASEAN Secretary-General Le Luong Minh said ahead of the 31st ASEAN Summit and related meetings. 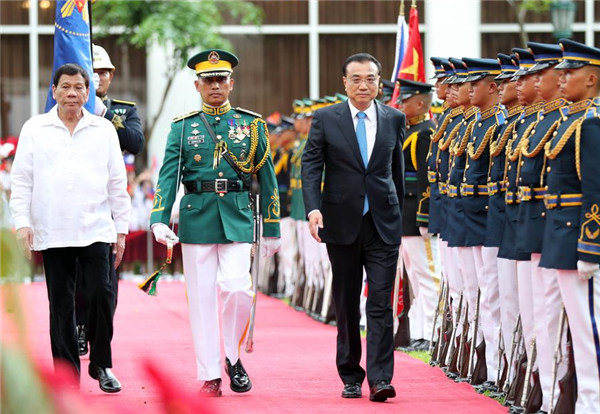 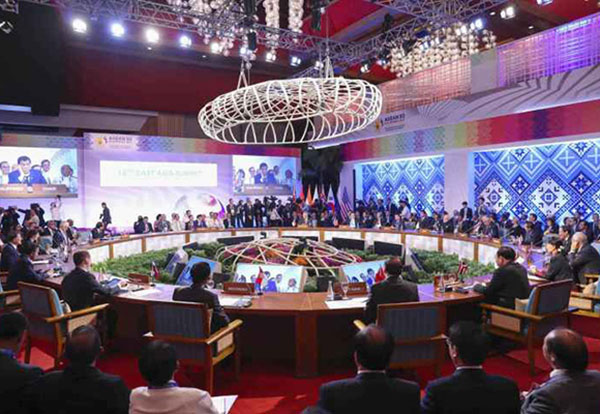 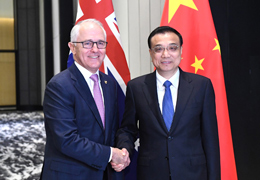 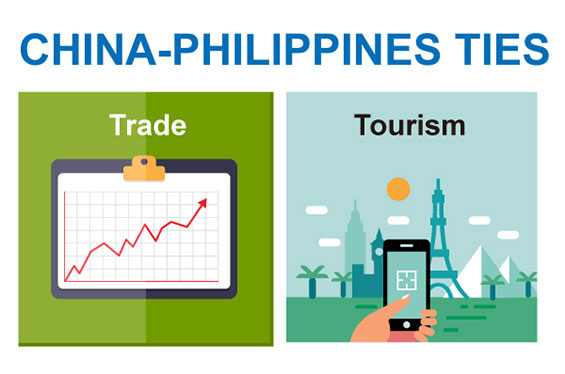 The relations between China and the Philippines have long been established and friendly cooperation has always been their main focus.

Meeting with Rodrigo Duterte in the Philippine capital, Manila, on Nov 15

Establishing the EAEC is a strategic goal of the 10+3 cooperation and accords with the long-term fundamental interests of the people in this region.