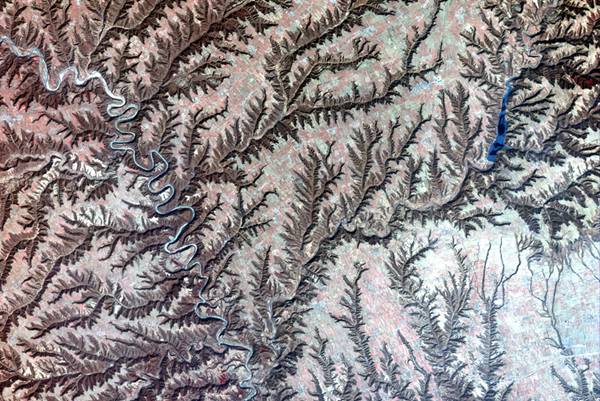 A typical landscape of a river basin in Northwest China’s Shaanxi province.