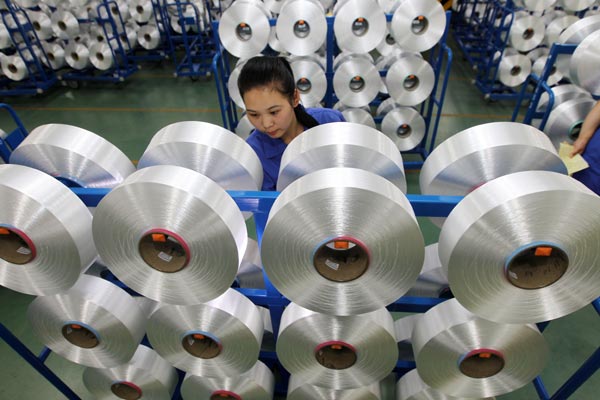 A worker inspects rolls of polyester fiber at a factory in Nantong, Jiangsu province.[Photo/China Daily]