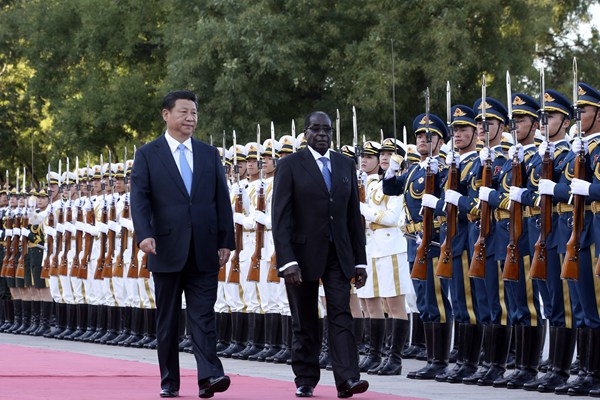 President Xi Jinping and Zimbabwean President Robert Mugabe attend a welcoming ceremony outside the Great Hall of the People in Beijing before their talks on Aug 25, 2014. Mugabe is on a five-day visit to China.[Photo/Xinhua]