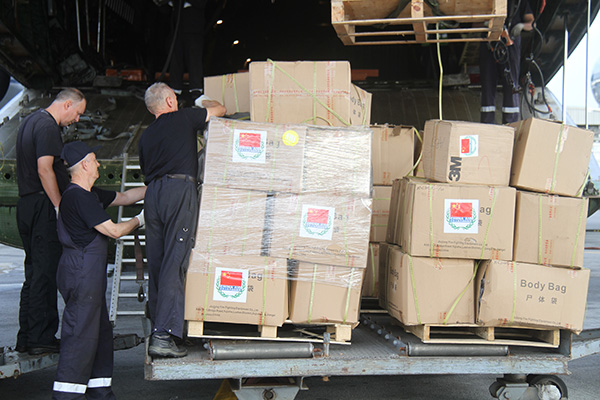 Free medical supplies from China are unloaded at Felix Houphouet Boigny Airport in Abidjan, Cote d’Ivoire, on Oct 31. The supplies are part of China’s relief effort to Ebola-hit countries.[Photo/Xinhua]