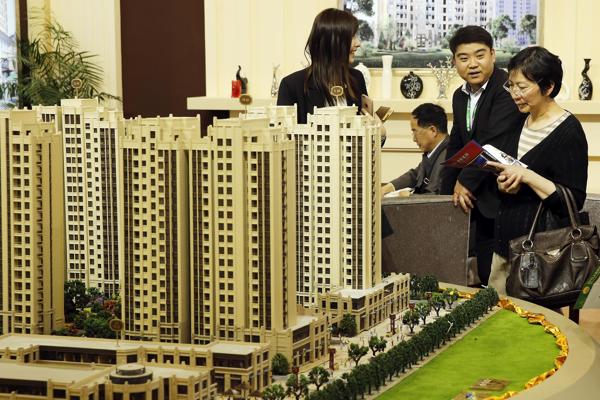 Visitors at a housing expo in Shanghai on May 3. Some new housing projects in Beijing, Shanghai and Guangzhou reportedly sold out within 24 hours of going on sale during the May Day holiday.[Photo/China Daily]