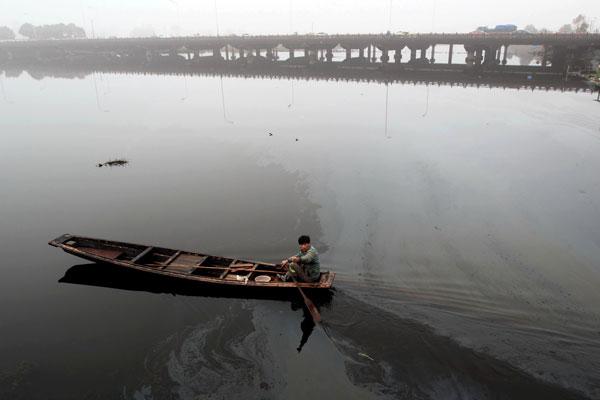 A man rows a boat through an oil slick on a lake in Shaoxing, Zhejiang province on March 16.Fuel leaking from ships severely contaminates the quality of the water in the lake.[Photo by LI RUICHANG/CHINA DAILY]