New policy expected to bring spike in births, and then fewer 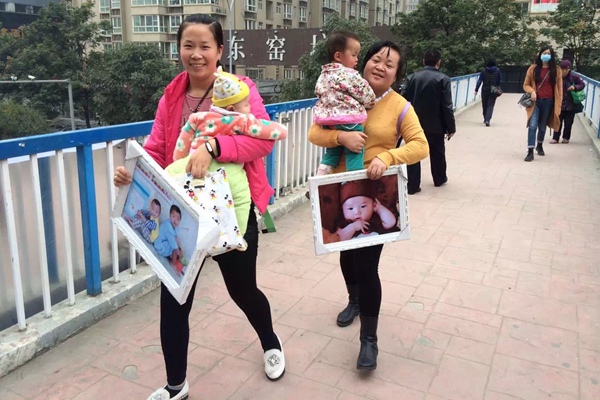 Two mothers hold their babies after getting their photos from a studio on Nov 3 in Xi’an, Shaanxi province. The mothers said they are considering having a second child.[Photo/China Daily]