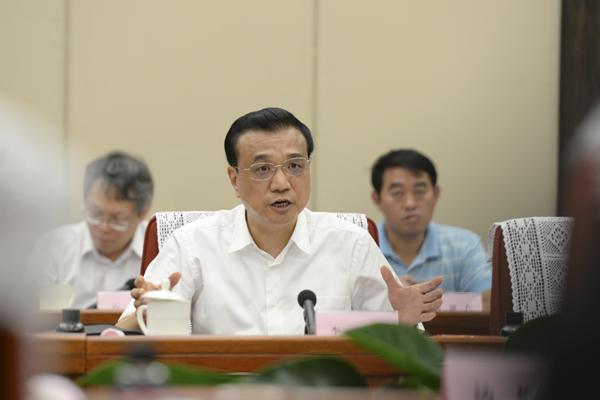 Premier Li Keqiang heads a meeting on Sept 22, for a briefing of the report by the State Council investigation team on the Tianjin warehouse explosion on Aug 12.[Photo/China News Service]