People in Guangdong province pray for good luck with their traditional dragon dance.

The quintessential Shanghai snack can be found all over the city.

History and origin of Mid-Autumn Festival

The time-honored Mid-autumn festival boasts a history of thousands of years, which has gradually developed and formed.

The Mid-Autumn Festival and alike are celebrated around the world. Some countries have it around the same period, some share the similar ways of celebration.

Legends of how the festival is formed

There are several explanations on why the festival is so popular. Here are some of the most convincing versions

The moon on the Mid-Autumn night is believed to be the brightest and fullest of the whole year.

The Lady Chang’e Flying to the Moon

The tale of the mysterious Lady Chang’e and her love story adds to the romance when Chinese people appreciate the scene of the full moon.

The tale of Wu Gang, the woodcutter, records ancient Chinese people’s observant eyes and their own explanations of nature.

Gazing at the moon

The Mid-Autumn Festival not only means that families stay up late, eat moon cakes and view the full moon, but many outdoor activities are arranged especially for the event. Here are some activities, relating to unique folk culture and legends.

In some villages in Guangdong province, people “burn a brick tower” to celebrate.

The Miao people in Guizhou province would do a special moon dances.

During the night of the Mid-Autumn Day in Xinhuang county, Hunan, an interesting custom of “stealing moon vegetables” is popular in the Dong villages.

Moon worshipping by the Dai People

Among the many traditional customs of the Dai people in Yunnan province, the Mid-Autumn Day is one of the most important holidays.

A dialogue with pinyin to help you get around when celebrating the festival. 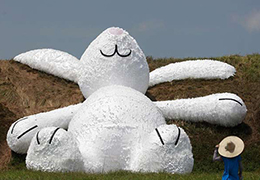 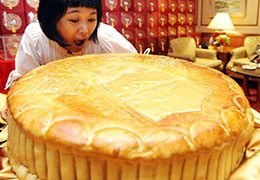 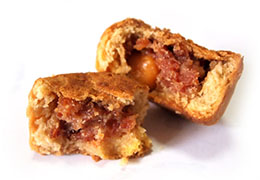 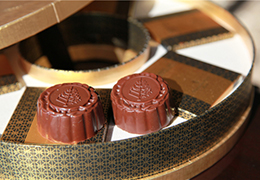 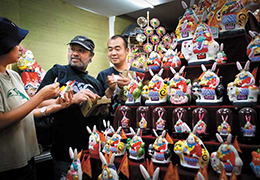 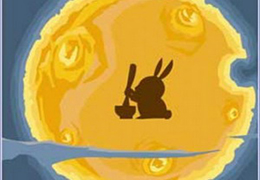 HOT IN THE NEWS

Moon Festival on the fast rise

Chinese people celebrate the Moon Festival across the United States.

Comfort and nostalgia on the shelves

The upcoming festival has again lightened the Chinese supermarkets across Canada.

Online graft via WeChat under inspection

Taking bribery through e-commerce channels, as the WeChat “red envelope”, is being put under the microscope in China’s latest efforts to fight graft.

Seasonal treats, like lotus roots and taro, add flavor to the Mid-Autumn Fest.

Sales of mooncakes in Guangdong province have plummeted in anti-graft actions.

Export of mooncakes on the rise

A brighter light is shining on Chinese mooncake manufacturers as they seem to be finding their way back into US and European markets.

China to strengthen supervision on graft during holidays

Minister of Supervision has warned they will publicize the names of officials who violate the central authorities’ thrifty regulations during upcoming holidays.

Moon Festival not just for Chinese

A light-up ceremony is held at the “Mid-Autumn Festival at The Gardens” in Singapore at festival night.

Beijingers are kind of experiencing the busiest week in terms of the capital’s traffic, as school’s back and the Mid-Autumn Festival is coming.

Gearing up for mooncake madness

China Daily foreign expert shares her enthusiasm for the Chinese festival and for the traditional treats that go with it.

Fake websites for helping residents book flight tickets are increasing sharply with the Mid-Autumn Festival just around the corner, according to a report.

The traditional autumn delicacy has undergone a makeover as manufacturers look to reach out to health-conscious consumers.

Guangdong mooncakes were exported to 19 countries and regions, with North America taking up more than half of exports because of larger needs.

As the Mid-Autumn Festival draws near, inspectors also paid attention to officials who spend public funds on buying and giving mooncakes.

As Mid-Autumn Festival nears, the top discipline body of the Communist Party of China has intensified its crackdown on malpractices, like the use of public money to buy mooncakes and gift cards.

Sales of the staple snack, enjoyed since ancient times, are on the wane.

An eclipse of the mooncake