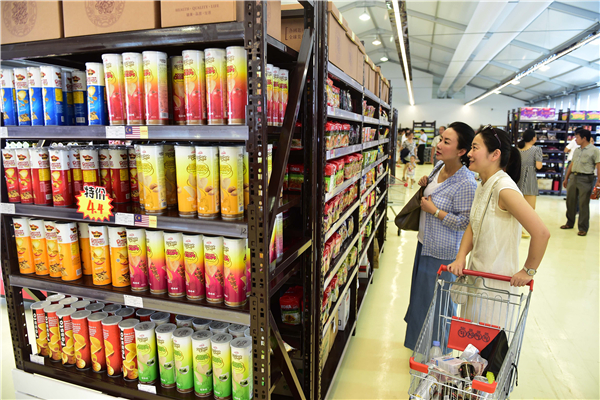 Residents shop for imported products at a supermarket in Hefei, capital city of East China’s Anhui province, on July 31, 2016. [Photo/Xinhua]