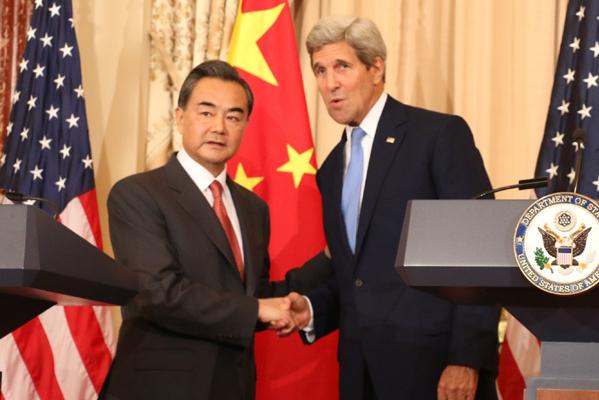 Foreign Minister Wang Yi (left) shakes hands with US Secretary of State John Kerry on Oct 1 after they addressed the press in the Ben Franklin Room of the State Department in Washington, ahead a bilateral meeting on a wide range of issues.[Photo by Chen Weihua/China Daily]