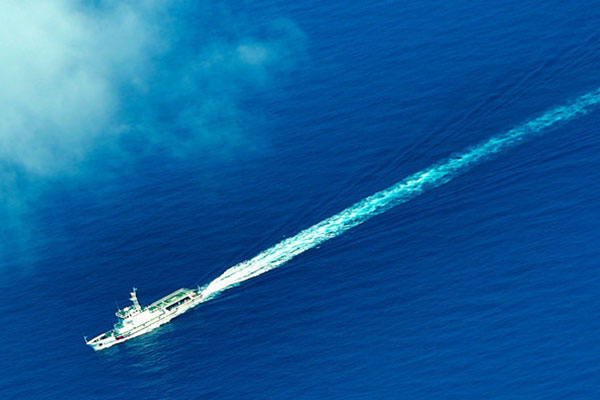 An aerial photo taken on Sept 25, 2015 from a seaplane of Hainan Maritime Safety Administration shows cruise vessel Haixun 1103 heading to the Yacheng 13-1 drilling rig during a patrol in south China Sea. [Photo/Xinhua]