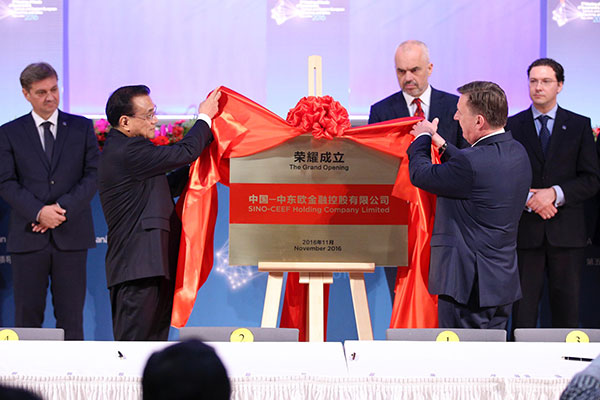 Premier Li Keqiang and Maris Kucinskis, the prime minister of Latvia, at the launch of Sino-CEEF Holding Co Ltd on Nov 5 in Riga, the Latvian capital. [Photo/China News Service]