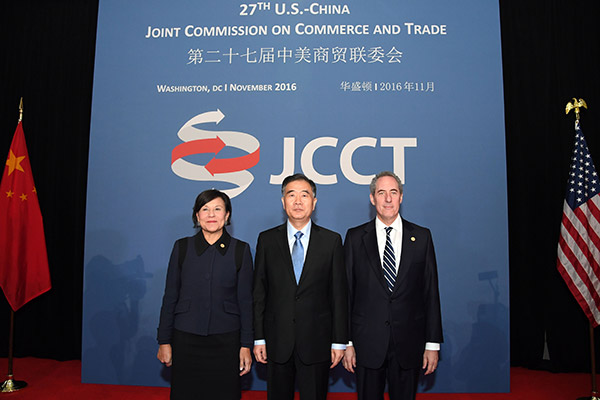 Vice-Premier Wang Yang (C), US Secretary of Commerce Penny Pritzker (L) and US Trade Representative Michael Froman pose for a photograph at the 27th Session of the China-US Joint Commission on Commerce and Trade (JCCT) in Washington D.C., capital of the United States, on Nov 23, 2016.[Photo/Xinhua]