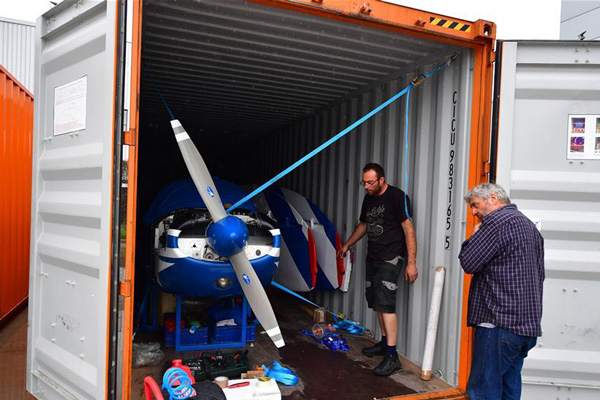 Members of a French aerobatics team load their lightplane at Shangjie airport in Zhengzhou, Central China’s Henan province, May 3, 2017. A Zhengzhou-Hamburg freight train carrying eight lightplanes which were displayed at Zhengzhou Airshow departed in Zhengzhou on May 6.[Photo/Xinhua]