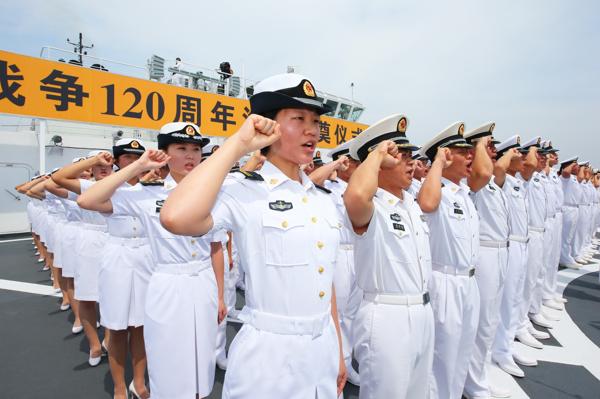 Sailors on a PLA navy cruiser take an oath on Aug 27 off the coast of Weihai, Shandong province. That day marked the 120th year of the start of the First Sino-Japanese War (also called the Jiawu War) in 1894.The PLA navy, for the first time in its history, held a maritime memorial ceremony.[Photo by Cha Chunming/XInhua]