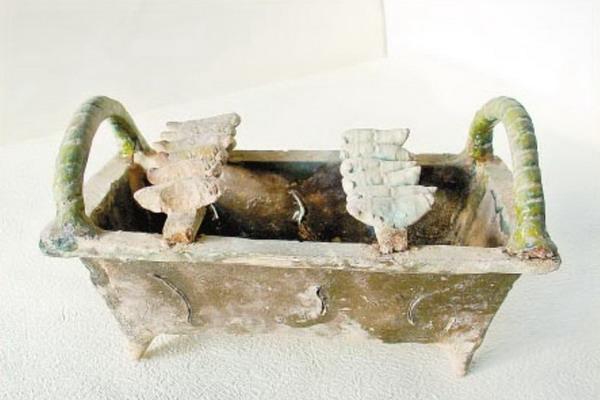 A barbecue grill made with glazed pottery from the Eastern Han dynasty (25-220). The grill has pottery cicadas on it.[Photo/Xinhua]