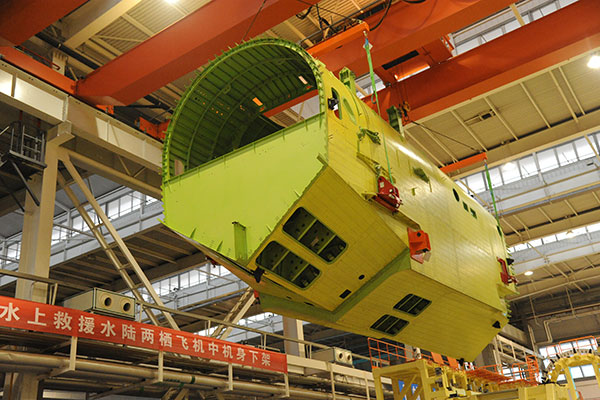 The mid-fuselage of a Chinese amphibious aircraft AG600 is assembled in Xi’an, capital of Shaanxi province, Dec 29, 2014.[Photo/Xinhua]