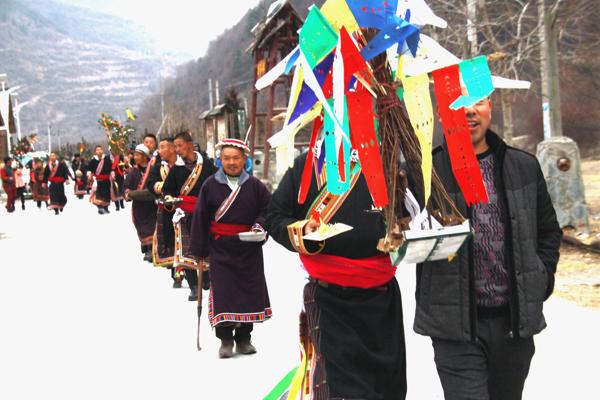 Members of the Baima tribe in Paxijia village in Sichuan province carry offerings to a temple to worship the gods during the New Year celebrations.[Photo by Chen Ji/China Daily]