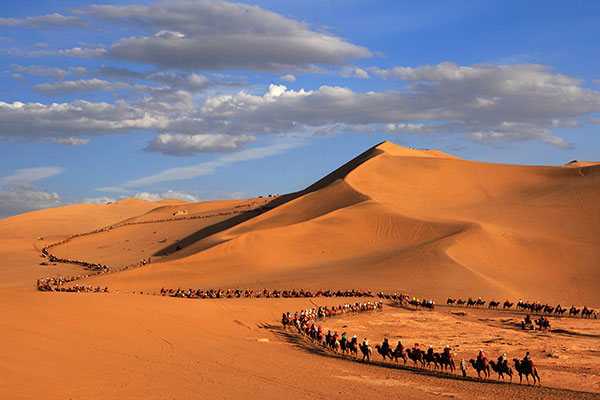 Camel caravans in the heart of a desert in Gansu province. The Discovering the Beauty of Silk Road project invites photographers to explore the landscape of western China.[Photo by Hu You/ China Daily]