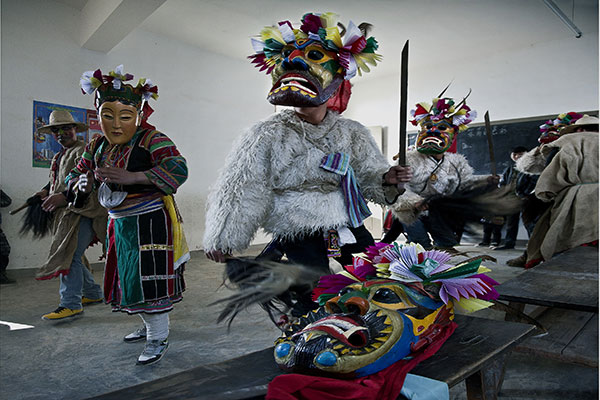 A photograph by Li Jian depicts a mask dance performed by the Baima Tibetans in Gansu province.[Photo/provided to China Daily]