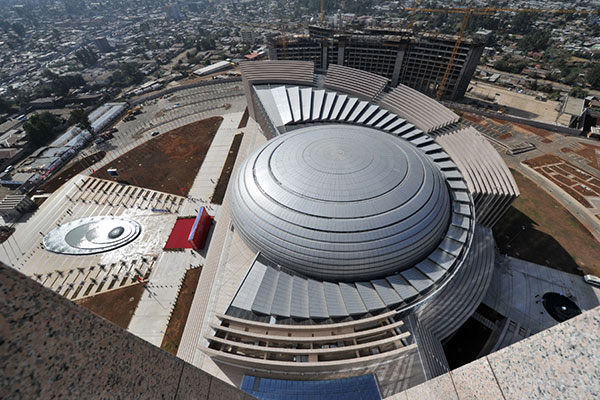 As the headquarters of the African Union, the AU Conference Center cost $200 million and was totally funded by China. It is the largest aid project by China in Africa since the TAZARA railway. The main building is 99.9 meters tall and is the tallest building in Addis Ababa, Ethiopia. [Photo/Xinhua]