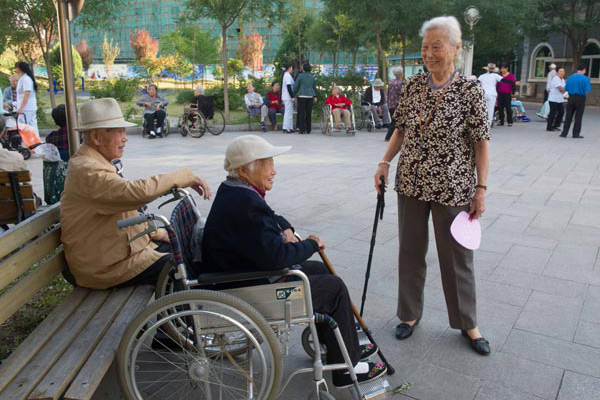 Senior citizens chat at a retirement home in Beijing. [Photo/Xinhua]