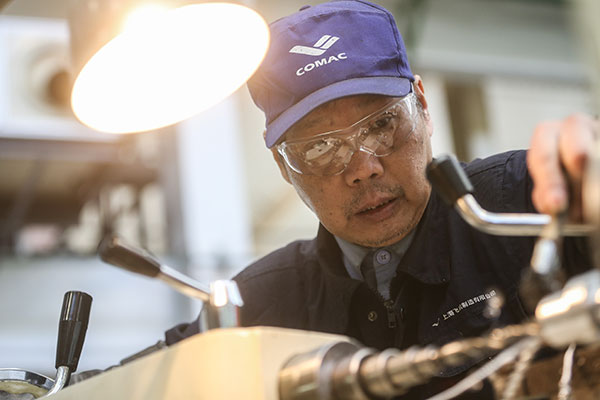 Shi Pinfang, a veteran aircraft engineer, processes a connector for air-tightness test of domestic-made passenger aircraft C919. To process such a component, he has to stand at the processing line for two hours. [Photo/Xinhua]