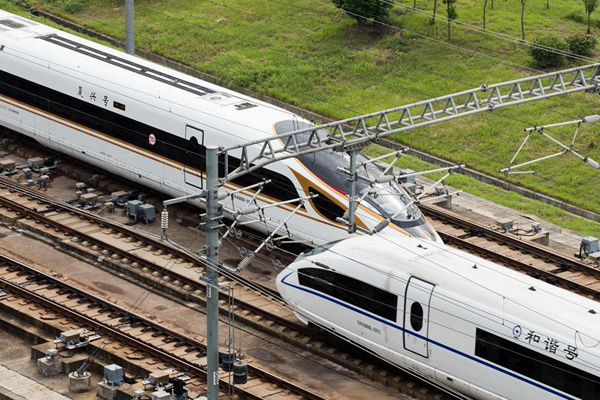 A Fuxing bullet train (L) is seen running on the Beijing-Shanghai high-speed railway, Sept 21, 2017. In recent years, a number of China’s technological innovations have been making their moves in the world. Among them, Dockless Shared Bicycles, High-speed Rail, Alipay and E-commerce stand out with a reputation of China’s “four great new inventions” in modern times, which have made the daily life of the public more and more convenient.[Photo/Xinhua]