Full transcript of policy briefing of the State Council on Feb 27, 2015 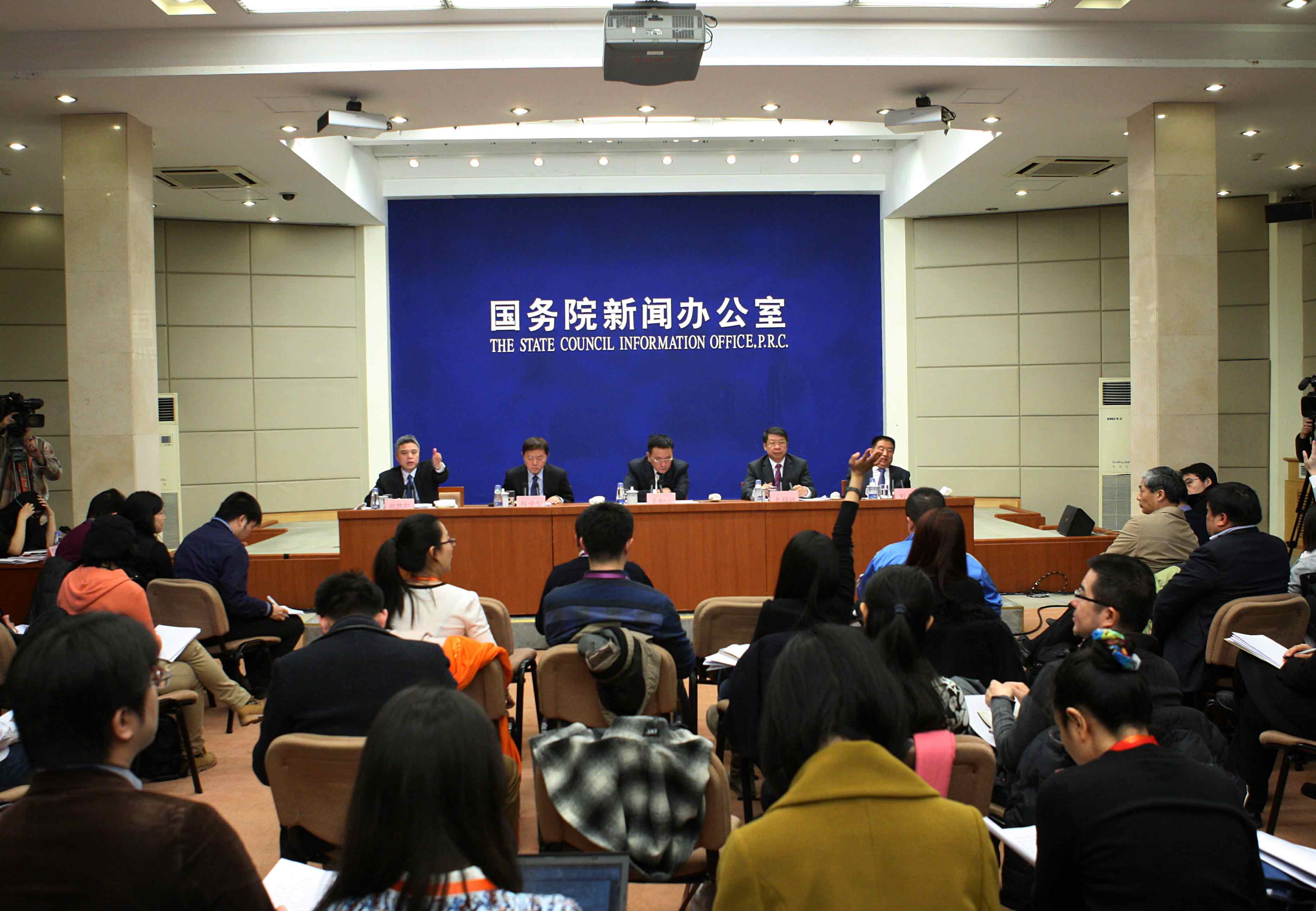 The State Council held its weekly policy briefing on Feb 27, focusing on streamlining administration, handling relations between the government and the market and the latest executive meeting.[Photo by Wang Zhuangfei/China Daily]