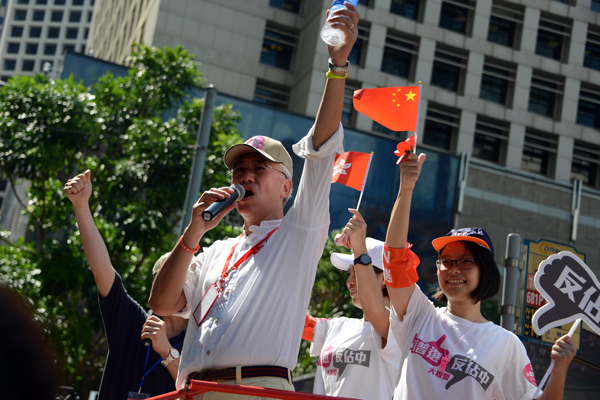 People participate in a march against the “Occupy Central” campaign in Hong Kong, August 17, 2014.[Photo/Xinhua]