Yunnan sets aside $11.37b to rebuild county devastated by earthquake 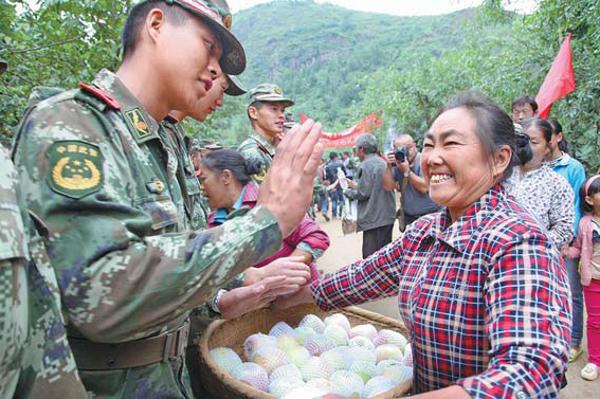 Villagers in Qingshan, Yunnan province, present fruit to a group of armed police who finished their disaster-relief tasks in the earthquake-hit region, at a farewell ceremony on Aug 14, 2014. [Photo/Zhang Guangyu for China Daily]