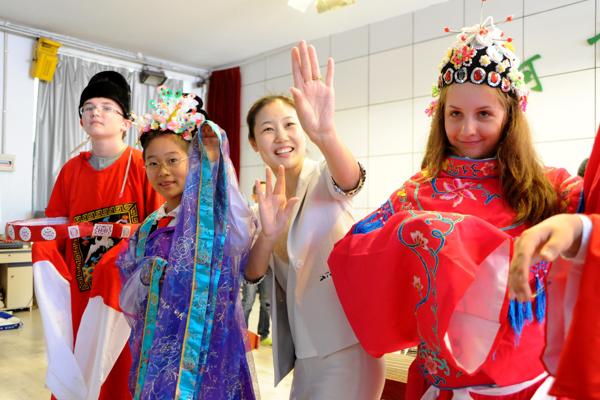 A teacher (center) instructs Chinese and Russian students in traditional Chinese opera at Heihe Experimental Elementary School in Heilongjiang province on May 19. Sixty Russian students from Blagoveshchensk visited the school as part of the Friendship Bridge youth cultural exchange program between China and Russia.[Photo by QIU QILONG/XINHUA]