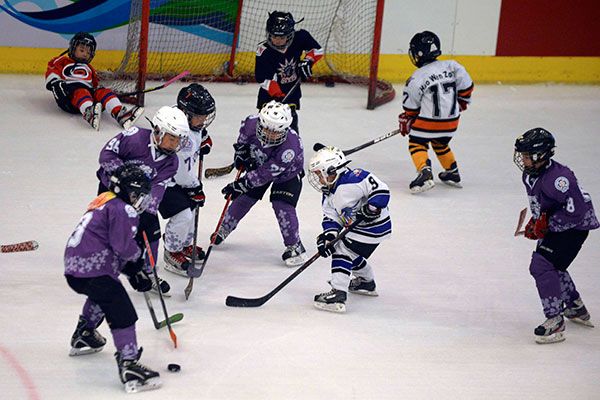 Students from Tsinghua University Primary School at a hockey training session in Beijing. The sport is becoming increasingly popular among youngsters in the Chinese capital, and many parents see it as a great way of improving their children’s fitness and mental resilience.[Photo by Cai Jun/China Daily]