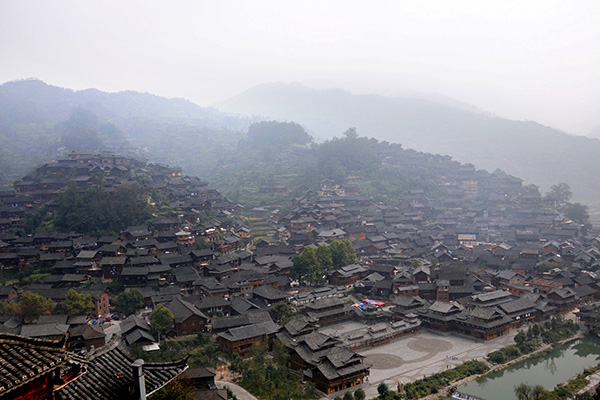 A panoramic view of Xijiang Miao village hidden in the mountains of Guizhou province.[Photo/Xinhua]