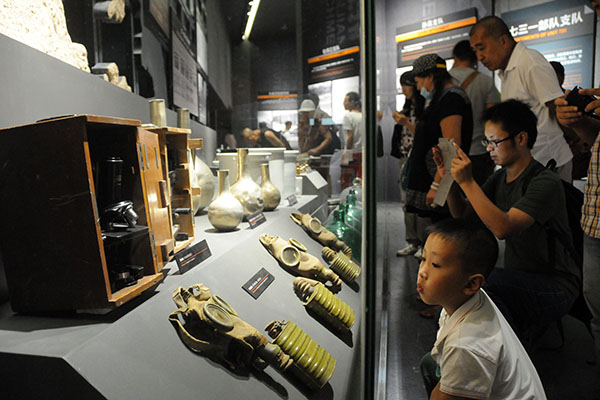 Visitors look at exhibits at the Museum of Evidence of War Crimes by Japanese Army Unit 731, in Harbin, Heilongjiang province, on Aug 15, the day the museum opened to the public.