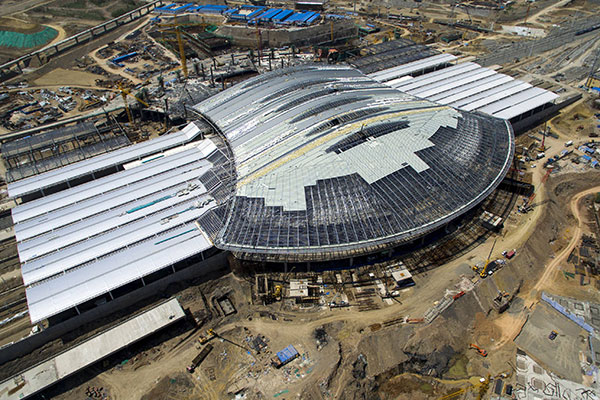 An aerial view of the new high-speed rail terminus in Urumqi, which will be operational by the end of this year. [Photo/Xinhua]