Mars probe model offers a glimpse into the future 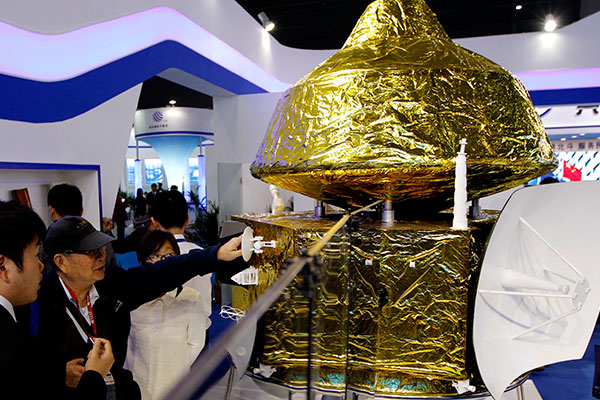 Visitors take a look at a gold-colored model of China’s Mars probe in Shanghai on Nov 3. [Gao Erqiang/China Daily]