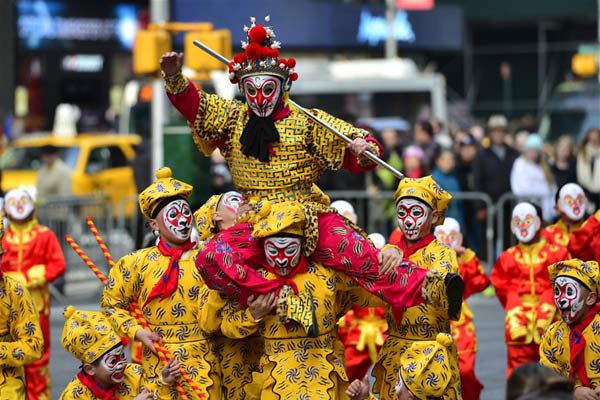 Performers in monkey costumes celebrate the arrival of the Chinese New Year in Times Square in Manhattan, New York, the United States, Feb 6, 2016. The event is an effort to let people from all over the world experience the beauty of Chinese culture, and a move to convey the New Year’s blessings. [Photo/Xinhua]