China to set up Antarctic air squadron this year 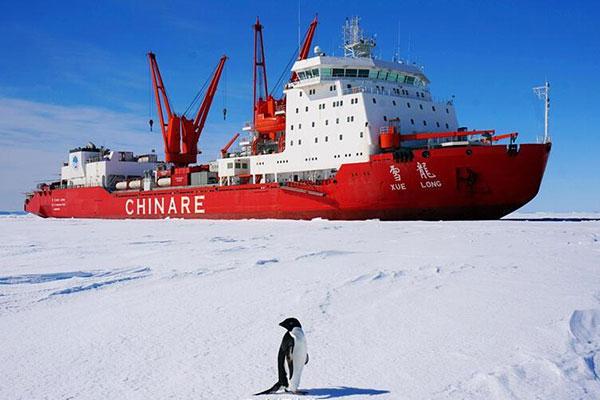 A penguin is seen in front of Chinese icebreaker Xuelong, or Snow Dragon, docked at an ice cover area of the South Pole. The icebreaker is on China’s 31st scientific expedition to Antarctica.[Photo from official Weibo of CCTV]