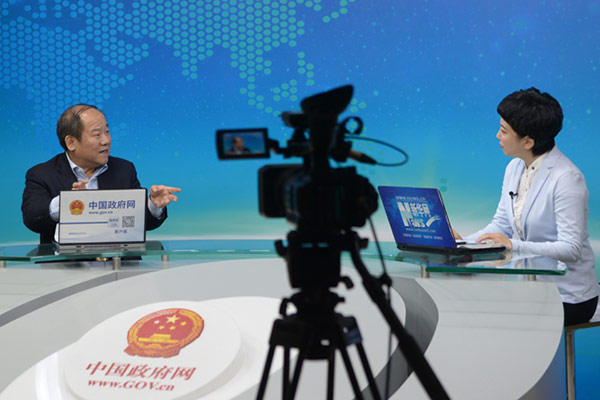 Ning Jizhe, head of the National Bureau of the Statistics (NBS), introduces the economic situation in the first quarter of 2016 in an interview on April 19. [Photo/gov.cn]