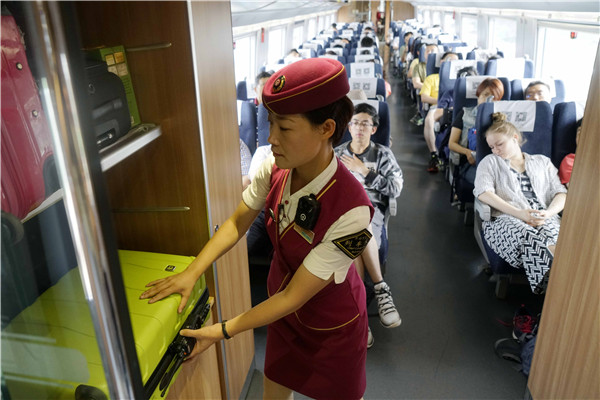 Conductor Li Shuangli works on bullet train G11 from capital Beijing to east China’s Shanghai, July 21, 2016. There have been more than 5 billion passenger trips on China’s world-renowned bullet trains in eight years, according to new data from the national rail operator. [Photo/Xinhua]