Space lab being made ready for launch 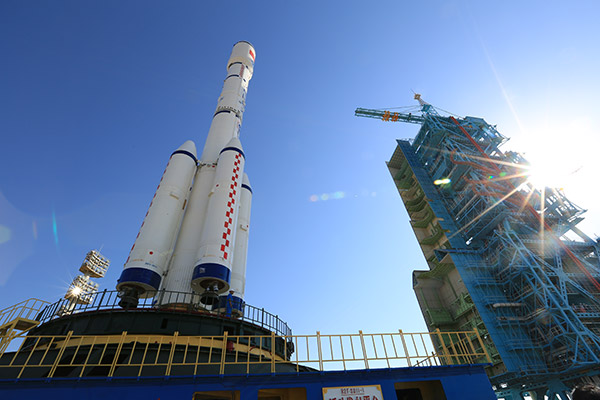 Tiangong-2, China’s second space lab, aboard the CZ-2F rocket carrier, is transferred to the launch pad at the Jiuquan Satellite Launch Center in Gansu province on Sept 9.[Photo provided for China Daily]