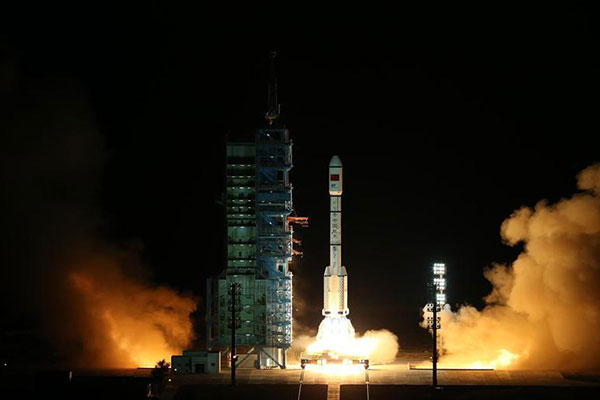 China on Sept 15 launched space lab Tiangong-2 into space, paving the way for a permanent space station the country plans to build around 2022.[Photo/Xinhua]