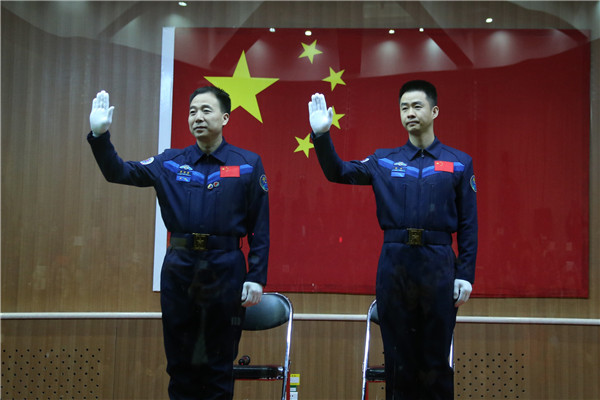 Chinese astronauts Jing Haipeng (L) and Chen Dong meet the media at a press conference at the Jiuquan Satellite Launch Center in northwest China, Oct 16, 2016. The two male astronauts will carry out the Shenzhou-11 mission. The Shenzhou-11 manned spacecraft will be launched at 7:30 am Oct 17, 2016 Beijing Time (2330 GMT Oct. 16). [Photo/Xinhua]