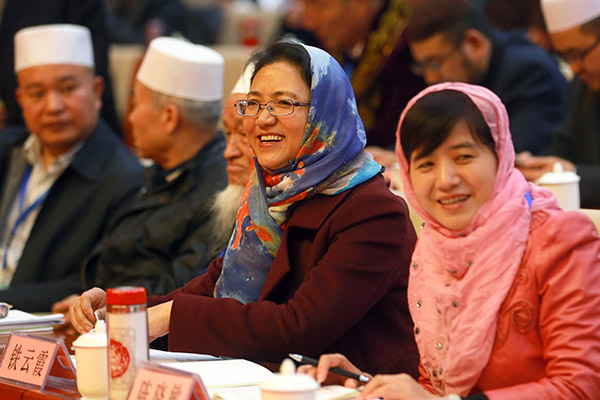 Delegates exchange views at the National Congress of the China Islamic Association on Nov 26 in Beijing.[Photo by Zou Hong/China Daily]