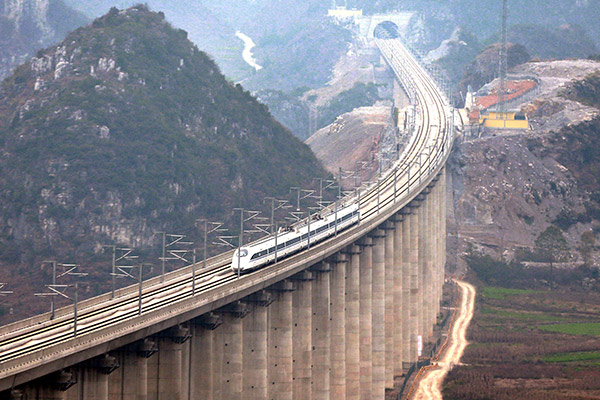 A train crosses a bridge in Guizhou province on Dec 29, the first day of operations for the Kunming-Guiyang high-speed railway.[Photo/China Daily]