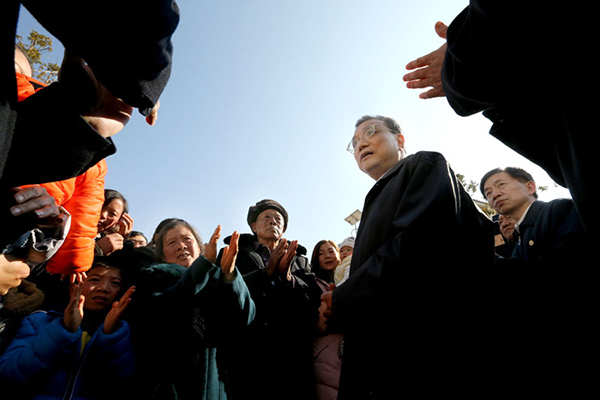 Premier Li Keqiang asks local citizens if any migrant workers did not get their pay, while inspecting Ludian county, Southwest China’s Yunnan province, on Jan 23. The Premier says every case of withheld pay should be resolved and that such problems should be handled with permanent results and strong determination. It is the government’s responsibility to make it right, he says.