Tourism seen as cure for poverty in central, west regions 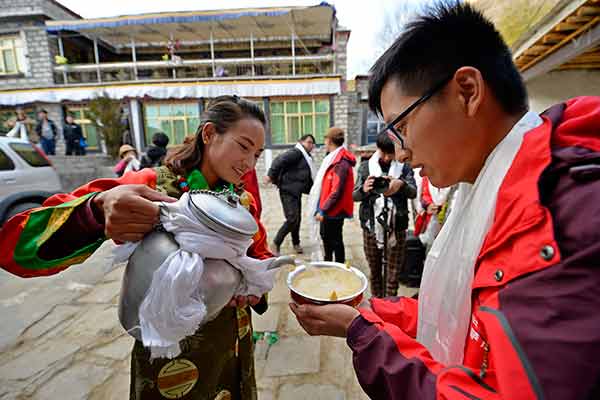 Dekyi, a Tibetan resident, serves barley wine to a tourist who opted for a home stay at her house in Lhasa, Tibet autonomous region, in November.[Photo/Xinhua]