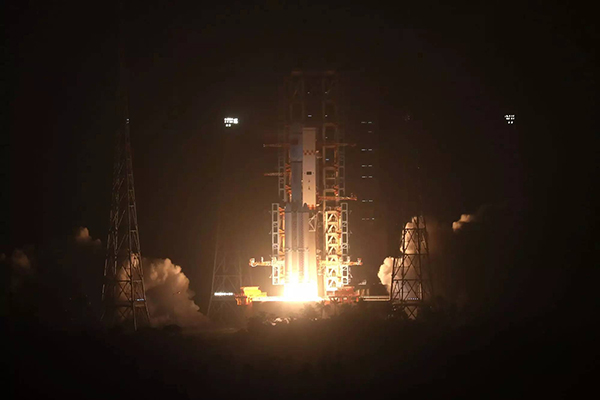 China launched its first cargo spacecraft at 7:41 pm on April 20 on a mission to test refueling technology and perform scientific experiments. Tianzhou 1, the nation’s biggest, heaviest spacecraft, blasted off from the Wenchang Space Launch Center in Hainan province.[Photo/Xinhua]